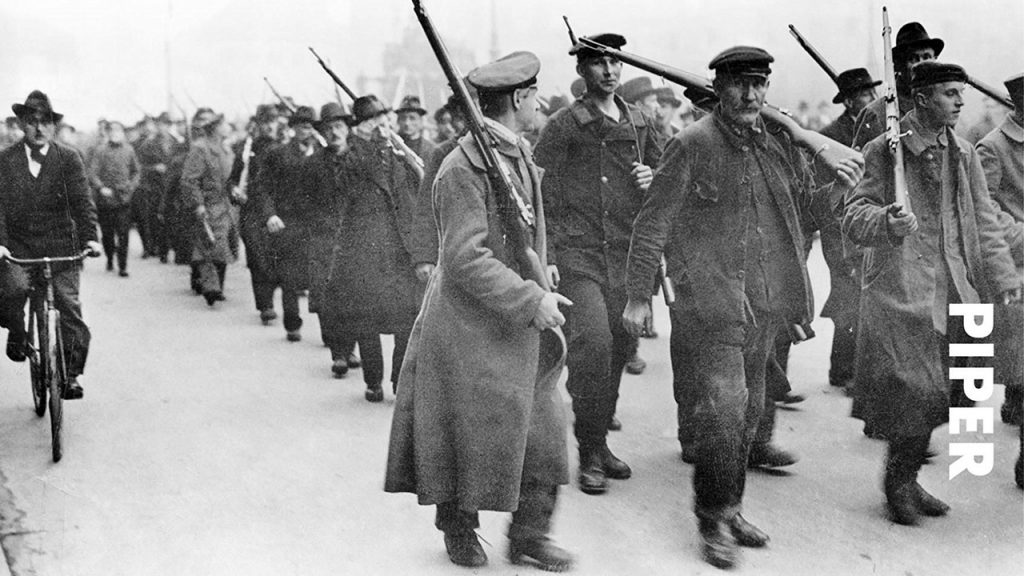 Worth reading Non-fiction book by Johannes Käppner, doctor of history and editor and author of the Süddeutsche Zeitung, published by Piper Verlag.

The revolution of the workers and soldiers of 1918 was a historic opportunity - to create a democratic Germany that would have been stronger than the Weimar Republic. In a few days they achieve what the Social Democrats had not succeeded in decades: overthrow the outdated, authoritarian order of the empire. It is the tragedy of the revolution that its own leaders feared it - wrongly. Because the goal of most revolutionaries was not, as it often appeared in retrospect, to establish a communist regime like the one in Russia. The main purpose of the uprising in Germany was to disempower the old elites of the imperial era, especially the military and the warmongers of 1914. For a few weeks, the revolutionary government, led by the SPD, had the opportunity - and only used it half-heartedly. The mortal enemies of German democracy remain powerful, with fatal consequences for the young republic.

Joachim Käppner's book shows Cord Aschenbrenner once again that the historic opportunity for something fundamentally new 1918 has existed. The Social Democrats, the reviewer says, have been too tidy, not courageous. The honorary salvation of the revolution, which the author attempts with his book according to Aschenbrenner, penetrating, with courage to concise judgment, but also with regret, shines, according to reviewer with accurate portraits of the Social Democrats protagonists as well as enthralling based on multiple sources descriptions of the days of revolution.

Alexander Gallus senses Jubilee-typical pathos in Joachim Käppner when the historian of the 1918 revolution wants to assign a place in the pantheon of German freedom movements. Gallus likes the fact that the author refrains from academic jargon and saves with annotations, especially since the work is nevertheless carefully created and seems to be up to date. Whether Käppner has to offer new syntheses on the subject, but he would like to doubt. Käppner's descriptions of the well-known events in Berlin in winter 1918 / 1919 he finds knowledgeable and worth reading because of their critical approach.