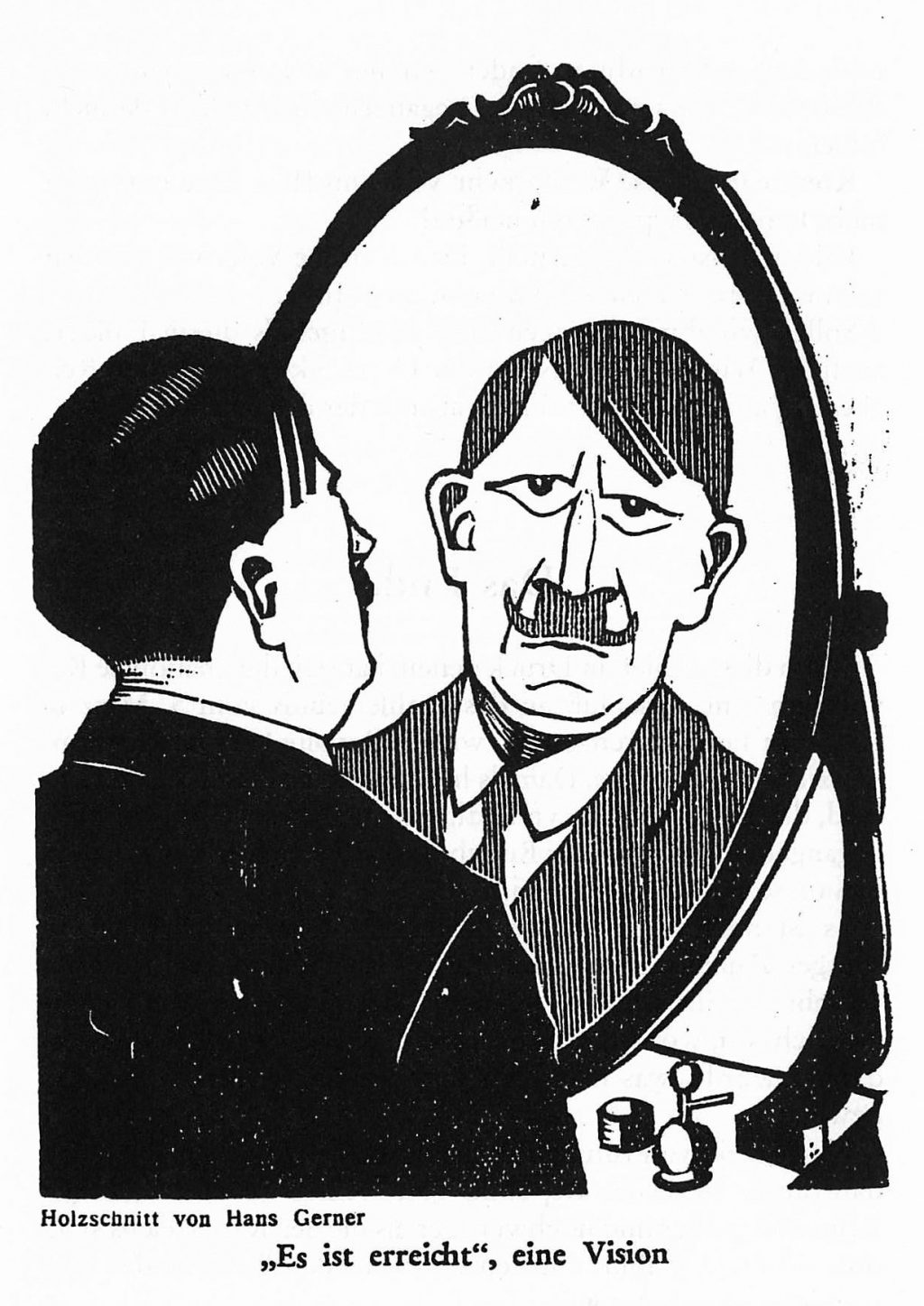 When I think of the strong man, I always have his beard in front of me. It is not a beard, powerfully shot in the impetuous urge to become a martial mustache - no, it is a fly that has settled on an upper lip after an uncertain journey. On the upper lip of the expectant dictator.

Now it sticks, the little beard. Is it feeling happy? Is he the scissor who daily trims the uncontrollable gypsy cravings of his beard nature, the fulfiller of secret longings? Or does it want to be different? Does it sometimes feel like boasting in rage, or does it dream of being lost in coquettish twirls? Does it feel out of place? Does not fit the face in which it got into it? Perhaps it preferred to adorn the fashionably oblate face of a window dressing decorator, perhaps that it feels like a mate to the sad deer eyes of Chaplin. Certainly nestles at its roots the resentment that the dictator has not remained a painter, adorned with a dressy lavalliere-crawl, the mouth gently swung in sacharinsüßer reserve.

Yes, that's it. Above our little beard is simply the dull melancholy of a totally missed existence. The hopeful upper lip of his life has suddenly been torn out of its picturesque reserve and wildly splits under the impact of rhetorical surf. From the inside of the once so gentle painter, it rumbles dully as from threatening thunderstorms. The delicate little beard suddenly sees the idyllic dreams of a peaceful ornamental garden life crumble. Angstbeklekkert is ducking against the thundering word cascades against Jews, pacifists and pacifists. It sticks to the smoldering upper lip, while military bands come rushing in and parade-worn legs make the earth tremble. World history is made. With the cheap means that are common in Germany.

The little beard, completely un-German and puzzled down to the pigment cells of the hair, would like to be a fly in order to fly away. But that's only in the language. That's why it has to stay. That's why it's probably a major attraction in the National Museum of the Third Reich, piloted by astonished subjects. If it does not nourish the not-so-far-off thought in his hair-case, to kill himself suicidally from the hated upper lip by the painfully festering beard-fins, called sycosis vulgaris. It's him! The dictator should have it shaved off in time, for salvation and the German people for lasting memory.