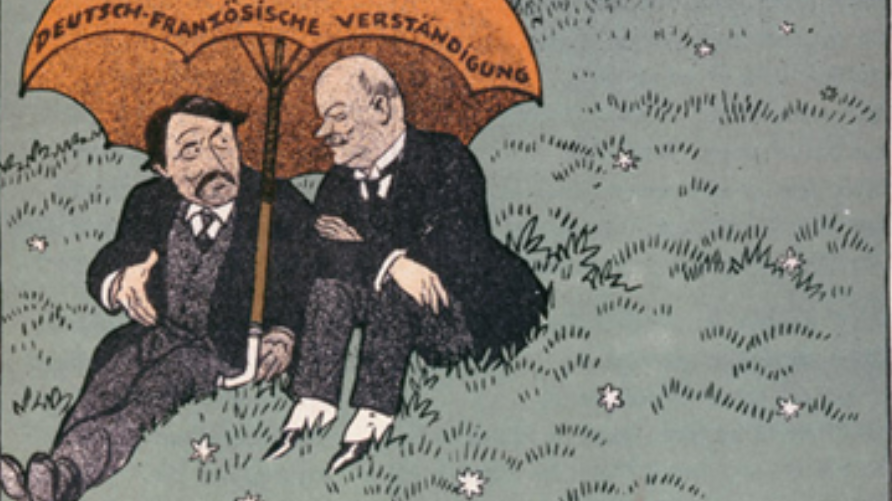 The agreement with France expressly renouncing Alsace-Lorraine, which now under the presidency of Hindenburg of a German National Government would have been a few years earlier at the top of our foreign policy program. The then German ministers would of course have risked life if they had dared to do such a thing. Today's risk less, but at least their chair - provided that they are serious about their step. Maybe it's just one Stresemanniade; a move in the context of the previous, seemingly clever, in reality wrong policy to play England against France.

The fact that the German offer, which is now the subject of the French reply, has not been published for months, would fit with this assumption. Honest politics can play with open cards. Or did you want to hide it from your own people as long as possible? After years of harassing it by all means against the scum of humanity, the French, you had to give it some time to change. Even then, the leverage will only gradually be pushed further and the negotiations on the Security Pact will be prolonged as far as possible. (For the negotiators themselves very pleasant; Trendelenburg, who has been bargaining for over half a year, may have nicely acclimated in Paris.)

During this time it should become clear whether the security pact is a diplomatic game or political seriousness. In this case, if rapprochement with France is really intended (which ought to be the be-all and end-all of a sensible German foreign policy), the press controlled by Hugenberg and Stinnes would probably move to disarmament. With the sheepish stupidity with which German newspaper readers tend to eat and digest the cabbage that is in front of them, one might think that a quarter would be enough. But the hatred of the French is, I think, deeper than the “God punish England!” Its systematic, purposeful removal is such a big undertaking that I cannot really trust our honorable government to do it.

All the more it is the duty of all sensible persons to help him, even if only by the grain. Europe will perish if it does not associate; Prerequisite for this is the German-French alliance; Prerequisite for this the elimination of the spirit of revenge. He who works on it serves his people; Whoever prevents them, and if he thought himself to be so patriotic, betrays it.

Germans and French, don't let the blind and interested people lie to you! You are much closer to each other than you think; you complement each other splendidly where you are different. Get to know each other, study each other, visit each other! The war has brought you, the simple, unsophisticated among you, through quarters and even imprisonment, rather closer than further. Maintains the relationships from then; make new ones! Workers' organizations, hold joint congresses, send your children on vacation; Youth leagues, take a trip to the neighboring country; Pupil, exchanges letters with comrades across the border; Students, unless you are incurably fanatical, visit each other's universities; Aesthetes, artists, art historians, writers, men of science, dedicate yourselves to the knowledge and research of the neighboring culture, which, without some of you being aware, is partly your own!

Germany and France are siblings. Siblings can hate each other the way they should love each other. You have only one choice: to either go to the bottom or finally reach out to shake hands.