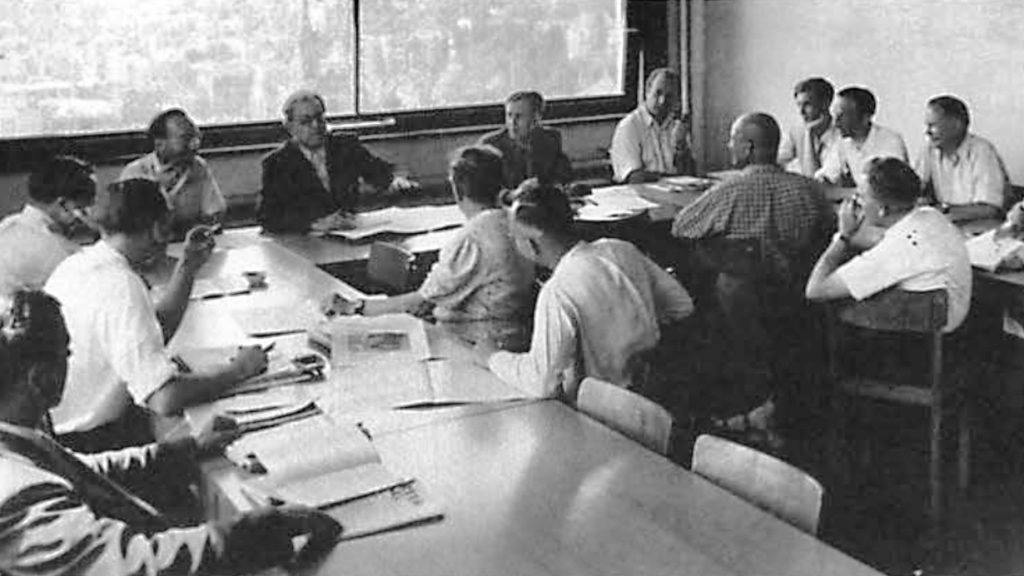 Editorial session in the tower house

On the 2. October 1946 appeared in the feature section of the Stuttgarter Zeitung for the first time the heading "Five minutes German". I wanted to use it, if only in the form of a sigh of shock (because the paper was precious), to write the anger about the bad German of the contemporaries of the soul, which I suffered professionally on a daily basis. There was no shortage of stuff for this little language corner, so it was tentatively maintained for a few weeks. The dear colleagues, who occasionally had to feel themselves, asked me here and there, if I did not want to put an end to this schoolmaster's work soon, and teased myself about the Roman numbers, which at the beginning were over them and which are proof that I had not thought about too long a duration of the company.

But to my own surprise it was different. The echo that the little glosses found in each of the readers was lively and growing stronger and stronger. Almost every day came letters and phone calls, and indeed - it's really not a phrase here - from "all layers of the population," from high officials to village schools (such was for some time my most zealous associate), manufacturers, businessmen, workers, Teachers, students, doctors, lawyers, engineers, and not least of all women, not just professional women, but "simple" housewives, who usually portray newspaper publishers only as readers of the classified section and the novel. It was almost too much of a good thing at times, especially when I noticed on the phone calls that I seemed to be a sort of authority in linguistic matters, being consulted on all sorts of ticklish problems, such as spelling, in which I was I did not always feel safe (and I did not care much for their intricacies).

Today it is so that the "five minutes of German" at number 667 have arrived, and that in each post office some letters to the editor of the "five minutes of German" are. The interest in language and style continues, and it is much more widespread than one might initially believe. I dare to publish this collection of own contributions to the language corner of the Stuttgarter Zeitung. Some of her readers have already wished her; I hope they will not let me down and help spread the little ribbon.

Probably, as the authority that has now become, one would have to make something deeply profound about the development of language, at least it would have to complain of the decline to which the German language has obviously fallen in the last two decades, or even its downfall of the Occident on the wall. I can not quite decide. Perhaps the popularity of the "five minutes of German" may be a sign that it's not all that bad. Otherwise, one did not need to make any effort to stop that decline. It could well be that things are going up again once the rubble heaps have been cleared away, which Hitler and his companions have also left us in the linguistic field.