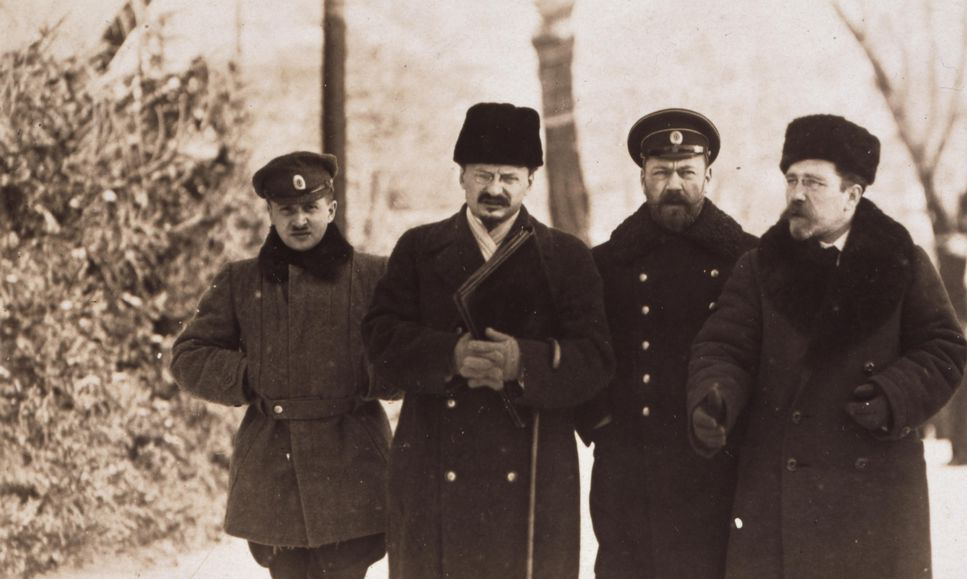 Volker Ullrich in DIE ZEIT Nr. 7 vom 8. February 2018. The Treaty of Versailles was lenient compared to the provisions of Brest-Litovsk: 100 years ago, the German Reich dictated Russia a violent peace without compromise and continued its conquest in the East unabated.

On the 3. March 1918, a balmy early spring day, is crowded at the Leipzig Fair like in peacetime. A particularly dense ball has been around a monument with a captured captured English tank educated. Leaning on him, a man sells an extra sheet: “Today at five o'clock the Peace in Brest-Litovsk signed". "Little by little it went off very quickly," observes the Romanist Victor Klemperer, "And each was presented with the calm and monotonously spoken words: 'Frame this - frame this'."

The Germans did not “frame” their memories of the peace of Brest-Litovsk. On the contrary: after 1918, a process of displacement quickly set in. In the depression about that Defeat in the west one completely forgot how euphoric one had celebrated the peace treaty in the east six months earlier, which seemed to open up the prospect of an overall victory once again. And in the general outrage over the "shameful peace" of Versailles one deliberately overlooked that Germany was the revolutionary Russia Had imposed conditions against which the Versailles “dictation” looked downright mild.

It all began when the Bolsheviks came to power on November 7, 1917 in Petrograd. Just one day later, on Lenin's suggestion, the Second All-Russian Council Congress issued a call to all warring powers to conclude an immediate peace "without annexations and contributions". While Russia's former allies, England and France, showed little inclination to accept the invitation, the Central Powers, Germany and Austria-Hungary, signaled a willingness to negotiate. Since one did not know how long Lenin could last, one had to "take advantage of the moment" to "Faits accomplis to create ”, declared Austria-Hungary's Foreign Minister Ottokar Graf Czernin. Already on the 15. In December, a ceasefire agreement was signed. It was initially for four weeks, during which formal peace negotiations should be started.