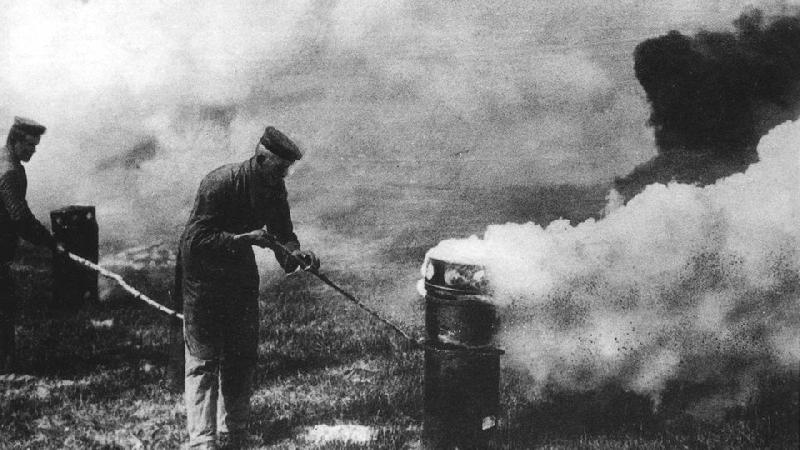 The new era also wants the old god of war Mars collar. And not wrong. For as long as he wore spears and shields, he was a noble, knightly fighter. But since he has a gas mask on and digs himself into the ground, he has dug himself his grave. And it can no longer be regarded as a suitable means of resolving conflicts of nations, because, as a result of the close entanglement of the global economy, it not only ruins the vanquished, but also brings the victor to the dogs. We have the proof before our eyes: the economically, politically, and emotionally still Europe today, lying still on the war consequences. Not only the Central Powers have lost the war, but the whole of Europe has lost it. But much worse ravages will be the gas war to do with the future. And for such an end with horror millions of people should once again sacrifice their lives? That would truly be the height of madness!

That is why any sane person in Europe who wishes to spare his fatherland and other peoples a second world war will gladly welcome the fact that at last the fulfillment of Article 8 of the Covenant should be approached, which calls for the general arms limitation. In the spring of this year is in Geneva one Commission for the preparation of the disarmament conference met. Germany took part in the deliberations of this commission, even before its accession to the League of Nations.

In fact, general disarmament is the whole point of the whole peace problem.

According to which key should the armor be lowered? For this he has League of Nations prepared a questionnaire for the Preparatory Commission which appears to be quite complicated. Certainly, the problem is difficult and complicated. But you will have to deal with the expected resistance to a little radical and dictatorial. When one disarmed Germany, one did not do much readings. Why look for a formula for disarmament? It has long been found: it is the disarmament of Germany. It must be used as the basis for the negotiations and applied to all States, based solely on the number of inhabitants. These can all the more safely recognize the German disarmament as a yardstick, as no other country in military geographical terms is as unfavorable as Germany.

I hope that the gentlemen's disarmament commissioners are fully aware of the importance of the gas warfare of the future. Usually there are indications of backward military with the brave words: "Do not worry" is done away with. But if you look at the huge expenses that England, France, Italy, and even America make for planes and poison gas weapons, given the tremendous progress made by the military Poison gas factory Since World War II, and reading the reports that the League of Nations has received from the largest chemical authorities in all countries, there is no doubt that in a forthcoming war the poisonous gases will be used in the widest sense as weapons and guns become. This weapon allows the belligerents to carry out poison gas attacks against the big cities, against the industrial, mining and shipyard districts, against the political centers, against the nodes of the trade and traffic life, over the enemy fronts and stages. A protection of the population against poison gases is not possible. You can not equip the inhabitants with gas masks or umbrellas, and if you could, it would not help, because highly concentrated gases also penetrate the masks. Also, the construction of shelters for the city dwellers is practically not feasible. And even if it were, the population would not be able to recover in time, because the gas attacks come suddenly.

One can well imagine that a poison gas war conducted mercilessly with all energy is able to break the war will of the opponent easier and faster than is possible by the protracted modern trench warfare. Thus, the general of the future will not see his purpose as in the enemy army as in the past, but also in the hostile economy. These he will seek to destroy primarily by the ruthless gas warfare.

This observation shows that the disarmament commission must not only focus on disarmament by land and sea, but that air disarmament and the greatest possible prevention of the use of toxic gases will be among its tasks. This requires: supranational prohibitions on the manufacture, trade, import and export of substances which serve the purpose of poison gas warfare, unless they are necessary for a vital industry, and the broadest right of the League of Nations to control all eligible state and private Operated in the field of chemical industry and scientific laboratories.