During the past few months, a number of car drivers who were responsible for traffic accidents have been sentenced to hard prison sentences. And maybe some newspaper readers wondered about it or secretly even regretted the convicts, depending on their attitude. But wrongly. Because what this is about is just the German form of a fight ... >> read more 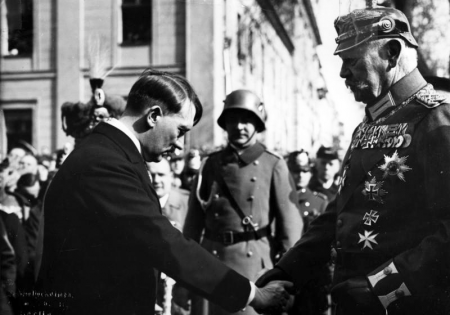 The German Reichstag is on the 21. March had come together with an unfamiliar ceremony: to bury himself. The story is rich in irony. But a parliament that turns itself off in this way, a parliamentary sanctioned dictatorship as the current German: this is really not a commonplace event. >> read more

The victory of the swastika in Germany at the 5. March is the victory of an unprecedented skillful propaganda campaign. If now, as one hears, a special propaganda ministry should be created for one of the chief investigators of the National Socialist election campaign, Herr Goebbels, that would be a clear proof of the significance which the government itself attaches to a virtuoso instrument , >> read more

When these lines go to press, the "national revolution" has followed the election result of the 5. March similarly enforced as the revolt 1918 after the military defeat. At that time, no hand in Germany raised to defend the Empire. This time, too, it went the same way. The bearers of the Republic of Weimar have recognized that this epoch is over. >> read more

Does it only seem that way to me, or does the new German Chancellor really have this striking resemblance to Wilhelm II of Hohenzollern? ... Whoever opposed him, he wanted to crush him (eg the evil Social Democrats); he intended to lead his people to glorious times; he was the peace emperor and then slipped into a war. (And he lost the war.) >> read more

It is tragic that today one has to preach to the proletariat what a bourgeois politician said about 25 years ago, that is, at a time when there was no fascism, and under a system that compared to today is almost "parliamentary" “Could call. In a certain sense one can speak of a "dialectical" tragedy. Thesis: The entire situation imperatively requires proletarian unification. Antithesis: This agreement is impossible for the moment. >> read more

Hitler. Here they believe to find satisfaction first and foremost for their private wishes. In terms of numbers, what does the appendix of Hugenberg, Seldtes or even Papen mean to the Brown Army of the Duce? The attraction of the largest block will prove itself once again. Who has, is given. >> read more

I've always said it (but does anyone listen to an old man?). And now the time has come: Germany is in a state of awakening. Experience not to be said! >> read more